Clare Twomey is a British artist, who works with clay in large-scale installations,
Sculpture and site-specific works. Over the past 10 years she has exhibited at the Victoria and Albert Museum, Tate, Crafts Council, Museum of Modern Art Kyoto Japan, the Eden Project and the Royal Academy of Arts. Within these works Twomey has maintained her concerns with materials, craft practice and historic and social context.


At the Brighton Pavilion this summer she housed thousands of black butterflies that became a veil of mourning in amongst the wonderful yet menacing rooms of the Pavilion creating a discussion about the indulgence and excess of the building and its creation.


At the Royal Academy earlier in the year she worked with the traditional flower makers in stoke on Trent to make hundreds of exotic flowers in a work titled Specimen that examined the protection of objects and the destruction of objects as the flowers were not fired and exposed to the publics touch through the exhibition. This vulnerability relates to the losing of craft skills in Stoke on Trent.


Clare Twomey is actively involved in critical research in the area of the applied arts, including writing, curating and making. She has developed work, which expands the fields’ knowledge of larger scale installation works. 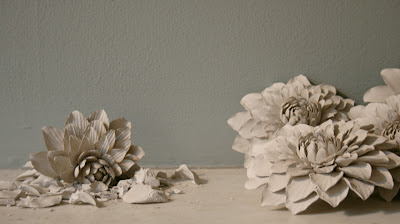 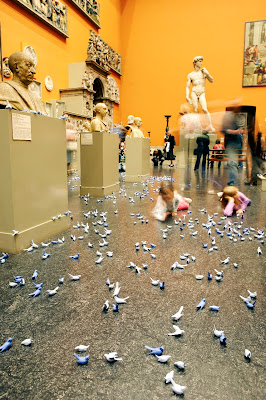 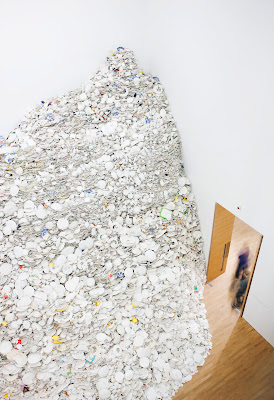 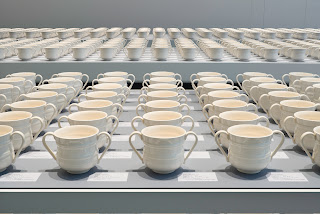 
www.claretwomey.com
Posted by The Shed Galway at 07:53 No comments: 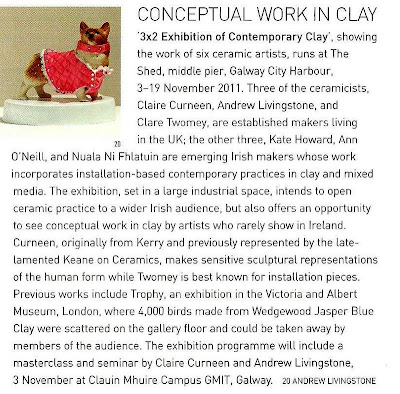 Posted by The Shed Galway at 07:13 No comments: 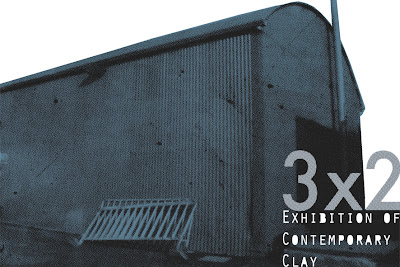 
Kindly supported by The Craft Council of Ireland, Galway City Council, Galway Harbour Company and Irish Ceramics in Education (ICE).
Posted by The Shed Galway at 15:01 No comments: